EEC Environmental Principal Geologist, David Bernier, was appointed as Membership vice chair for the American Bar Association (ABA) Science & Technology Committee for 2018. The one-year term began on August 13, 2017, during the ABA Annual Meeting in New York, and will continue until August 5, 2018. 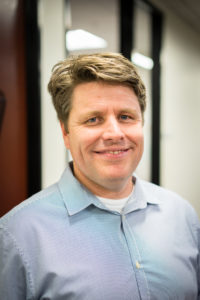 The leadership position requires that Bernier be a member of the ABA and Section, volunteer time, encourage participation, and attract new committee members, which includes law students, young lawyers, and leaders in the field. As Membership vice chair, Bernier will assist with the development of public service projects and seek to involve members with such things as writing newsletters, arranging speaker panels, and joining public service projects.

The ABA, which was founded in 1878, is one of the world’s largest voluntary professional organizations, with over 400,000 members and more than 3,500 entities. Its mission is to serve their members, the profession, and the public by defending liberty and delivering justice as the national representative of the legal profession. The organization works to maintain the position as the premier forum for environmental, energy, and natural resources lawyers with the help of its volunteers and leadership.

Click the following link here to learn more about the organization.